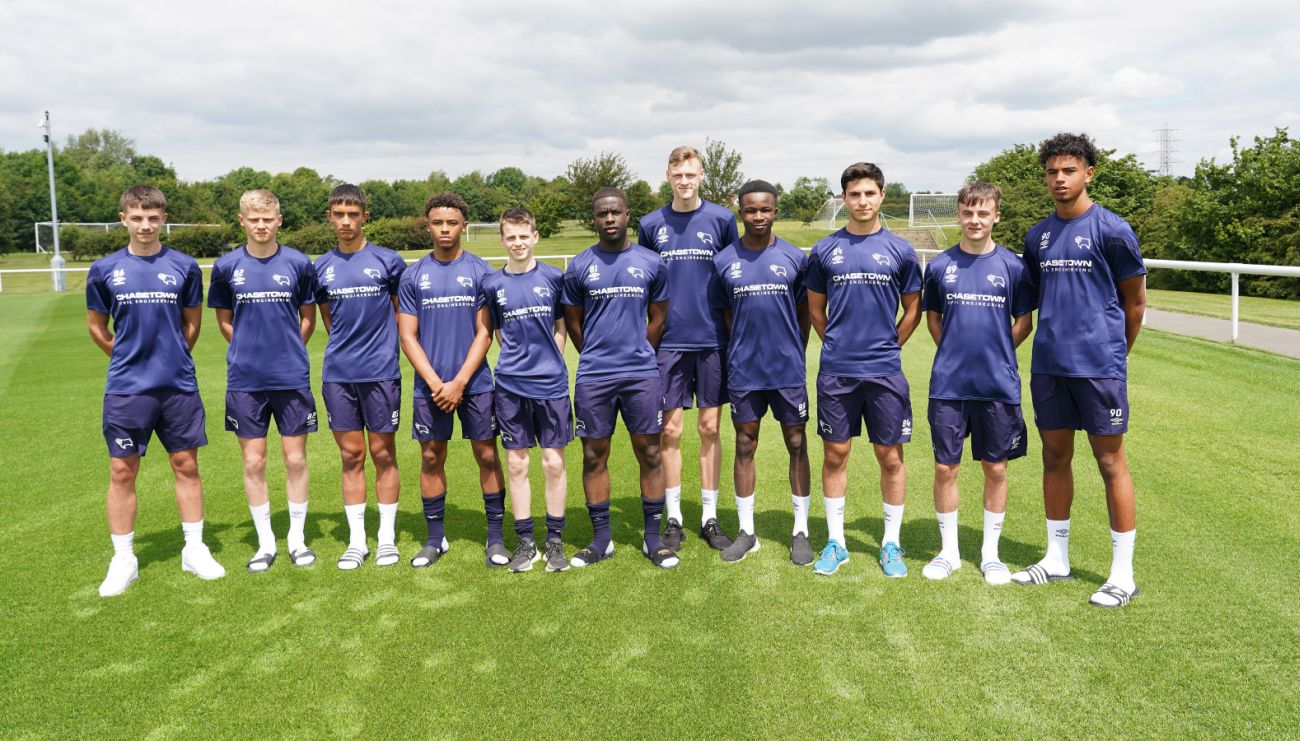 Derby County is delighted to confirm that eleven first-year scholars have joined the club’s Academy for the 2019/20 season.

The youngsters reported to the Training Centre to begin pre-season training earlier this week with Justin Walker’s Under-18s squad after accepting scholarships.

The Academy hosted an induction evening at the Training Centre on Tuesday evening, where the players and their parents had the opportunity to meet Academy Director Darren Wassall and other staff.

The 2019/20 campaign is set to be an exciting one for the Under-18s as they aim to build on the success of being crowned Under-18s Premier League National Champions last season.