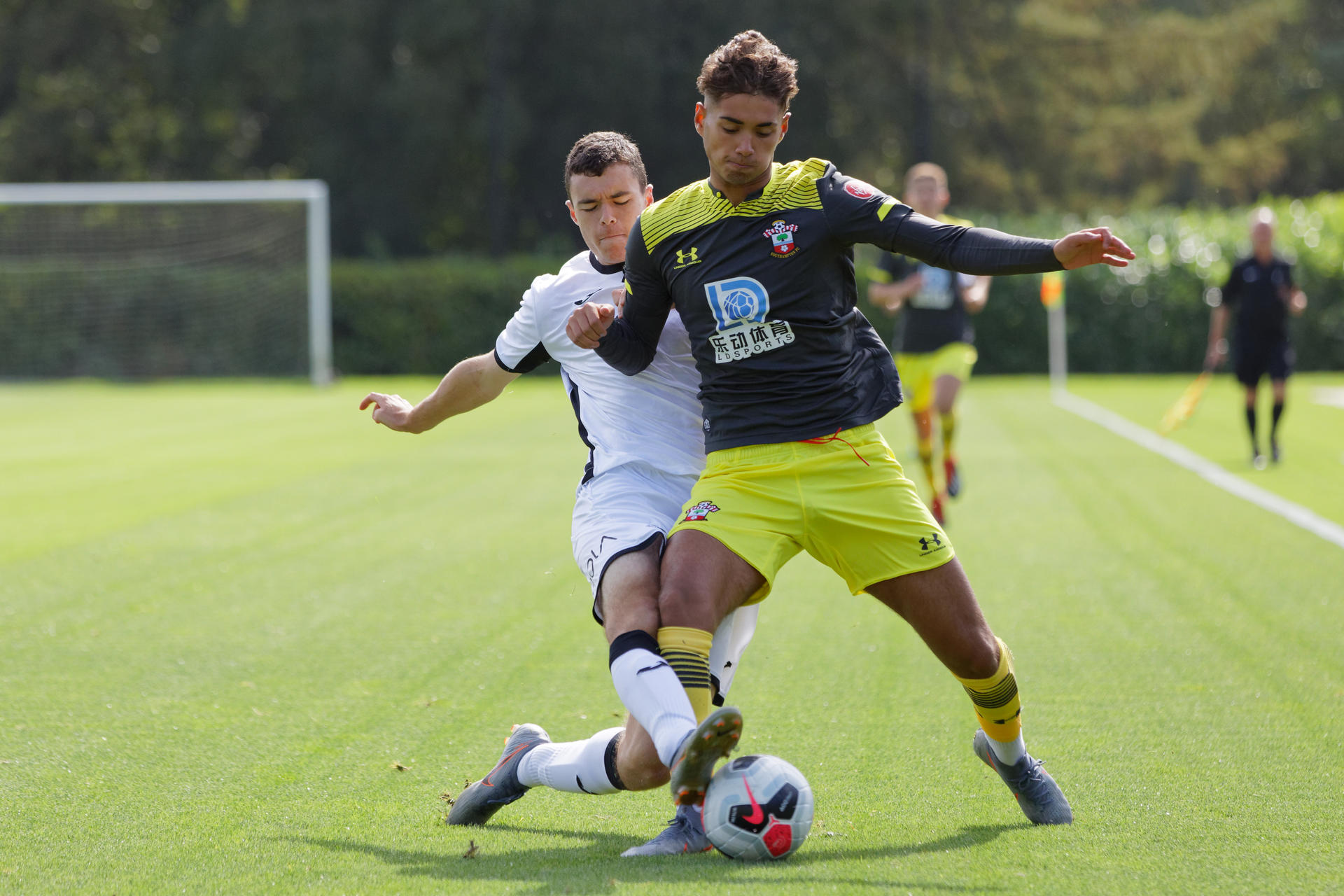 Southampton’s youngsters were comfortably beaten on their opening away trip of 2019/20, losing out 4-2 to Swansea City at Landore Training Centre.

A frantic first half, including a share of five goals, left Saints with a mountain to climb after the break, having themselves conceded four of the five registered.

Benni Smales-Braithwaite also saw a penalty-kick saved – just before the visitors managed to scrape one back – adding to a particularly difficult first 45 minutes for Paul Hardyman’s side.

Defender Allan Tchaptchet was the scorer of Saints’ only first-half strike, finding the net after a goalmouth scramble from a corner.

Roland Idowu – who was also on the scoresheet against Aston Villa last week – also clawed a goal back shortly after the restart, but ultimately the damage had been done in the first period, condemning Saints to a second consecutive Under-18s Premier League loss.

Swansea frontman Josh Thomas had the hosts ahead on ten minutes, smashing home from a loose rebound, before adding a second eleven minutes later, side-footing past Oli Wright after being slid in by Morgan Clark – his brace putting the young Swans in firm control of the tie early on.

Wideman Ali Al-Hamadi then enjoyed a particularly productive spell, as he netted twice in the space of seven minutes – nipping in front of Saints’ and applying a deft touch to Jacob Jones’ cross in the 27th minute, before heading home from Ryan Bevan’s corner in the 34th.

Saints rallied thereafter, and actually had the better of the second-half chances. James Morris’s in-swinging corner caused confusion in the Swansea box, allowing Tchaptchet to pounce, before a well-worked move, again involving Morris, resulted in a goal for Idowu, as he swivelled in the box and found the bottom corner.

Ultimately, though, a first half gave the visitors little chance of a complete revival, and they left Wales .