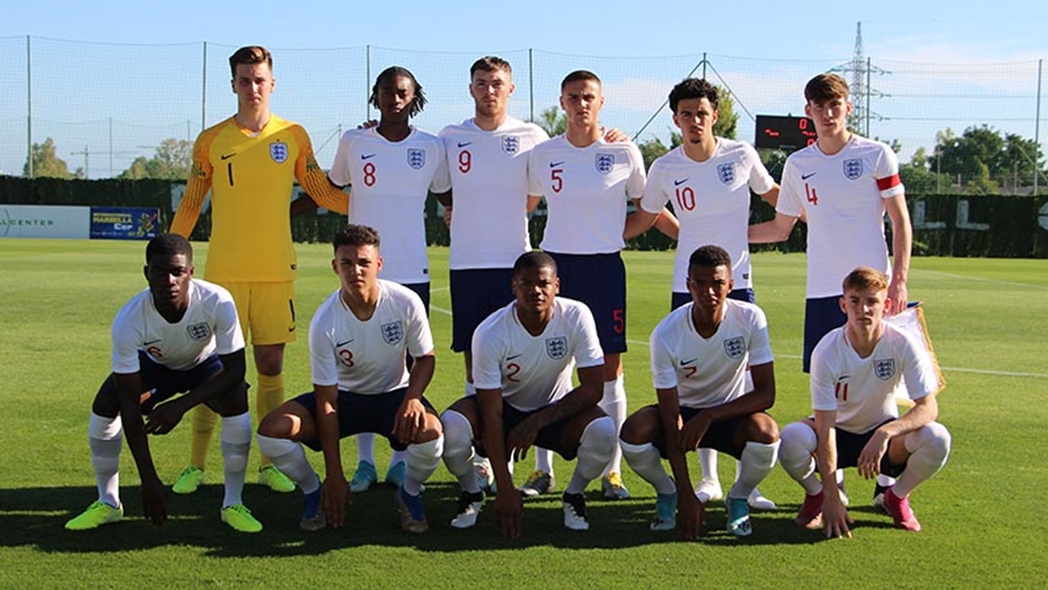 Chelsea’s Callum Hudson-Odoi marked his return to the England U21 set up with a brace in the side’s 5-1 win over Austria. After recently recovering from an Achilles injury he showed no sign of it affecting his performance, particularly his second goal which was a brilliant solo effort. Picking the ball up in his own half he powered his way to just outside the Austrian’s 18-yard line, before unleashing a fierce strike into the top corner with his right foot.

England U20s managed a 2-2 draw with Italy, as well as suffering the same fate as their senior counterparts at the hands of the Czech Republic, going down 3-0 to the travelling side. Manchester United’s Angel Gomes and Brandon Williams started both games, with Gomes impressing against the Italians, scoring both goals.

Another Manchester United youngster in action was James Garner, who netted England U19s only goal of the game in a 3-1 loss to France, however they did fare better in a 4-2 win over Belgium. Bobby Duncan (Fiorentina) scored twice, his second goal a superb curling free-kick, as well as Chelsea right-back Henry Lawrence bagging a goal on his debut. Two more players earned their first England call ups, Southampton goalkeeper Jack Bycroft and Fulham’s Sonny Hilton.

Wigan’s Joe Gelhardt scored three goals in as many games as he captained the England U18s to impressive wins in all three of their international matches. A 5-2 win against Poland U19s was the pick of the bunch with Gelhardt (Wigan) scoring twice, as well as Dejan Tetek of Reading scoring on his debut. Arsenal captain Sam Greenwood got the only goal of the game in one of their other victories against Slovakia’s U19 side.

Games against Spain and Germany produced two draws for England U17s, a last-minute equaliser for Nathan Young-Coombes (Glasgow Rangers) gave them a 3-3 draw with the Germans. Everton’s Lewis Dobbin also scored for the Young Lions, as did West Ham’s Amadou Diallo, who headed in a fine cross from Karamoko Dembele of Celtic. Dembele also got the only goal in England’s 1-1 draw with Spain, who got a last-minute equaliser of their own.

Troy Parrot is a player around which there has been a lot of hype recently after scoring on his Ireland U21s debut against Armenia, as well as coming off the bench against Sweden to score a brace when his side were 1-0 down. This time around however, the Spurs player had a disappointing evening against Italy U21s, receiving two yellow cards in an incident involving Everton’s Moise Kean, who was also sent off during the altercation.

There was a debut for Phil Neville’s son Harvey, who has followed in his father’s footsteps by playing for Manchester United, however at international level the youngster has instead opted for Ireland, representing their U19s side for the first time in their 2-0 defeat to Denmark.

Brighton’s Marc Leonard captained his Scotland U19s side to a 2-2 draw against Belarus, setting up right-back Nathan Patterson for one of their goals. Another Albion player on international duty was Peter Gwargis, who’s stoppage time winner helped Sweden U20s to a 3-2 victory over rivals Norway.

Southampton duo Kornelius Hansen and Kazeem Olaigbe were also in action for their nations. Hansen grabbed a goal in Norway U18s 8-1 thrashing of San Marino, with 16-year-old Olaigbe scoring his second goal in three games during qualifying for Belgium U17s.