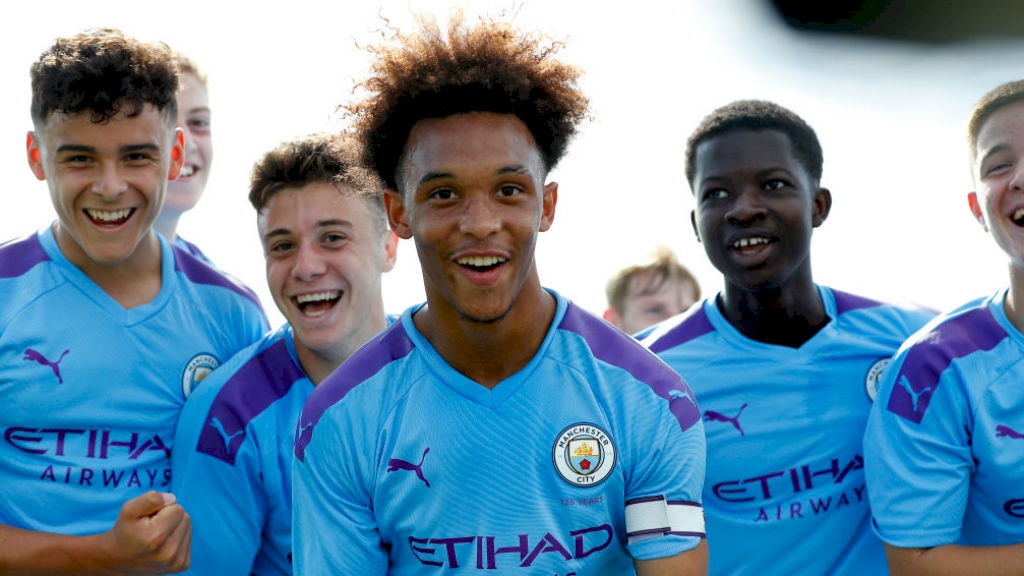 Leaders Manchester City made it seven wins out of eight as they defeated Stoke City 4-1 away from home. Captain James McAtee was a stand-out performer as he netted the side’s first goal of the game, latching onto a fine through ball from Sam Edozie. It was 2-0 not long after when Edozie was again involved, assisting D’Margio Wright-Phillips to give the Citizens a comfortable lead to take into half time. Stoke managed to pull one back through Lewis Macari, two late goals from City killed the tie. Lewis Fiorini drilled one home with only ten minutes remaining and more good work from McAtee led to Cole Palmer bagging his eighth of the season.

Following closely behind are Liverpool, who stay second after a 3-0 victory at home to Newcastle United, with James Balagizi scoring a brace in the first 25 minutes of the game. The England U17 international tapped in a rebound after Billy Koumetio’s header was saved, then benefitted from some good work by Layton Stewart to score his second. Balagizi then assisted James Norris for Liverpool’s third of the game, sending in a perfect cross for Norris to loop his header over the ‘keeper.

Cross-town rivals Everton put on a great counter-attacking display in a tough game against Wolverhampton Wanderers, beating them 3-0 away from home. Bobby Carroll got the Toffees’ first after some great work down the right from Sebastian and was then involved again for Everton’s second goal, with his quick break leading to Lewis Dobbin slotting into the bottom corner. Another rapid counter-attack saw Quirk set up Dobbin for his second, which was almost a mirror-image of his first. The striker now has four goals and two assists for the season.

One goal ahead of Dobbin in the goal-scoring charts is Jack Stretton, who helped his Derby side to a 3-0 win at struggling Sunderland with two goals. His first came just after the hour mark with a pinpoint header into the bottom corner, and not long after he doubled his tally from the penalty spot. Archie Brown, who had played the night before for the Rams’ U23s, got the pick of the bunch though, with a thunderous left-footed strike from the edge of the box that flew into the roof of the net. Sunderland now lost all eight of their games and are rooted to the bottom of the table, Derby meanwhile made this their fourth victory in their last five games.

Two points behind Derby in seventh place are Manchester United, who drew 1-1 at home to Middlesbrough. It was not an ideal start to the game for Boro who had Andy Wilson pull out of the with an injury, his replacement Isiah Cornet , was to make an impact in the game, giving Middlesbrough the lead in the 24thminute after an Alberto Balde pass. Boro almost managed to shut United out for the duration, but with ten minutes left on the Mark Helm was fed in down the right by Deji Sototana and produced a clever back-heel pass for Anthony Elanga, who made no mistake with the finish and now has his sixth goal of the campaign.

West Bromwich Albion twice came from behind away at Blackburn Rovers to earn a 2-2 draw, leaving them in fifth place and level on points with rivals Wolves. Shortly after Rovers had taken the lead in the first half, Alex Gilbert’s pass let in Jovan Malcolm, who powered home from close range to . Rovers again took the lead in the second half but once more Albion responded. Toby King saw his shot parried by the ‘keeper but Gilbert was on hand to earn his side the draw.

October’s International Round-up
Jay Stansfield’s Hat-trick Makes it 13 for the Season – South Matchday 8 Round-up
We use cookies on our website to give you the most relevant experience by remembering your preferences and repeat visits. By clicking “Accept All”, you consent to the use of ALL the cookies. However, you may visit "Cookie Settings" to provide a controlled consent.
Cookie SettingsAccept All
Manage consent