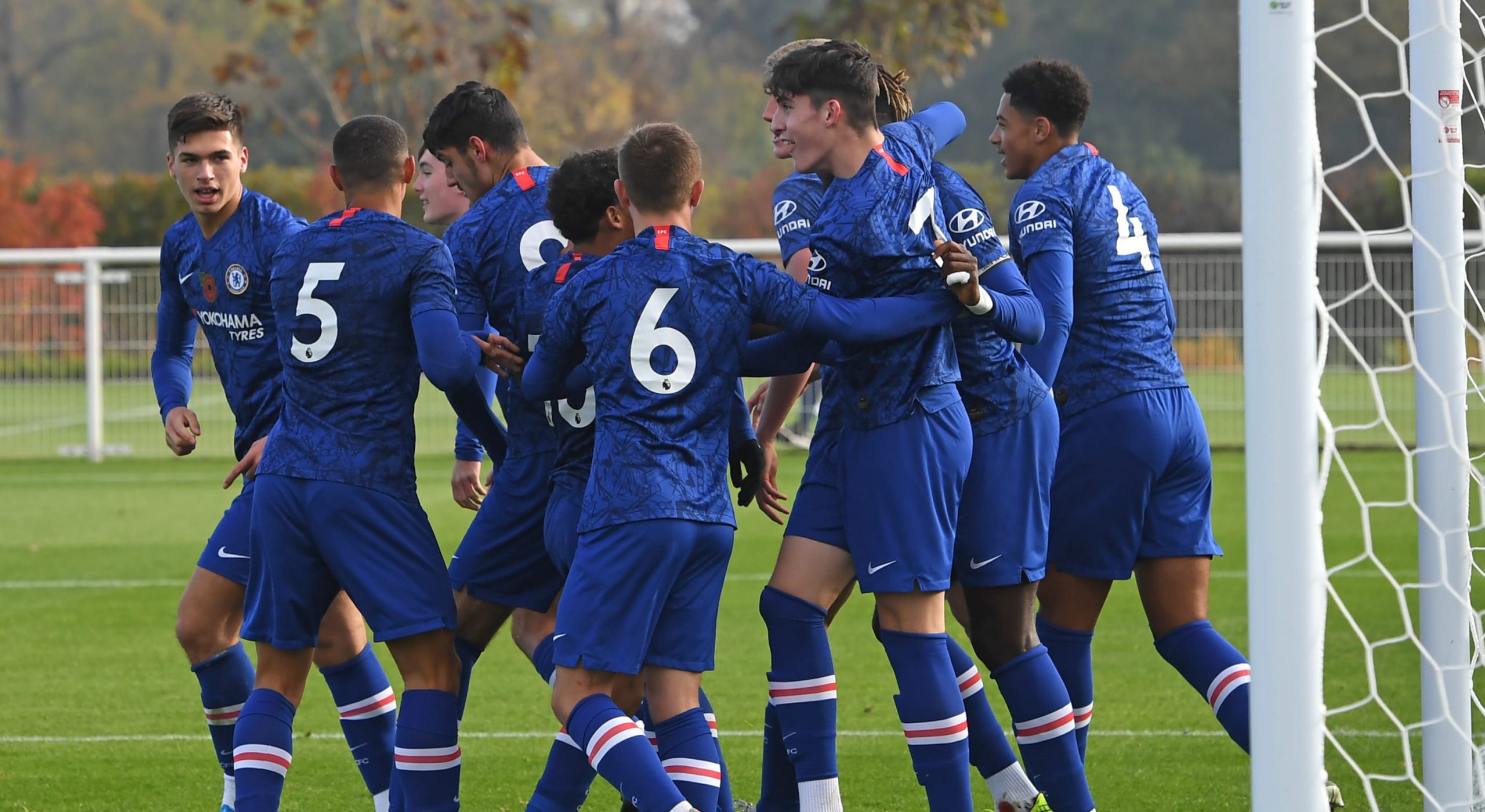 Chelsea U18’s continue to apply pressure on leaders Fulham after a thrilling first half performance away at Tottenham in which they scored five goals. Joe Haigh won his side a penalty after just 20 seconds which Lewis Bate duly converting. Haigh then put himself on the scoresheet with a quarter of an hour gone, before Armando Broja made it 3-0 five minutes later. Chelsea were flying and got their fourth after Dynel Simeu headed across goal for Xavier Simons to bundle over the line. Broja then got his second on 40 minutes, running on to a through ball from Haigh and finishing well. Spurs came out much better in the second half and got their first on the hour mark, Romaine Mundle’s right-wing cross was met by Tarrelle Whittaker who made no mistake. A superb long-range effort from Whittaker then went in off the upright giving Spurs further hope, though it was too little too late after Harvey White’s penalty two minutes from time ended the tie 5-3.

A great encounter with chances for both sides ended honours even as Fulham drew just their second game of the season. The league leaders went 1-0 up on 22 minutes after Terry Ablade made the most of some poor defending from the Gunners but couldn’t hold onto their lead going in to the break. With a minute remaining Ibane Bowat was unlucky to put the ball into his own net after a cross from Ryan Alebiosu.

Jay Stansfield amazing form for Fulham has rightly earned him a call up to England U18s side for the November international fixtures, and he showed again here why with his 18th of the season, latching on to a smart flick from Sylvester Jasper before thrashing the ball home on 56 minutes. Arsenal then cranked up the pressure and on the hour mark they got their reward. Miguel Azeez won and then swung in a corner which Fulham ‘keeper Luca Ashby-Hammond did well to parry, but unfortunately for him it fell right onto the head of Daniel Oyegoke who made it 2-2. Jean- Pierre Tiehi then had the best chance of either side to win the game but put his header just wide after a cross from Adrion Pajaziti.

The Hammers made it back-to-back away wins after another fine performance from Veron Parkes. The youngster opened the scoring from the spot on 39 minutes, then combined well with Ademipo Odubeko after the break to get this second. West Ham remained dominant and got their next through a good team goal after some great work in midfield from Lennon Peake, who moved the ball on to Parkes to set up Sebastian Nebyla for West Ham’s third of the match. Connor Barrett got one for Leicester with seven minutes remaining but the Hammers held on to stay in fourth place, seven points above their opponents who have a game in hand.

Swansea were moments from sealing only their second win of the season away to Norwich, but a late equaliser from Tyrese Omotoye denied them the points. The Canaries took the lead after ten minutes when Josh Giurgi’s cross curled past Swansea ‘keeper Tyler Evans, and it remained the only goal of the first half. Minutes after the restart and the game was even, Cameron Congreve grabbed the equaliser and also his first goal for the club at U18 level. Soon after Josh Thomas powered home to give the Swans the lead, but Norwich brought the game back level through Eddie Jackson’s deflected shot. Cue late drama. With 90 minutes on the clock Thomas rounded the ‘keeper to finish into an empty net and score his seventh of the season, believing he’d grabbed his side a much-needed late win, that was until Omotoye’s volley spoiled the party for the visitors, who can still take a lot of positives from a disappointing result.

Stefan Vukoje was the stand-out performer as Brighton retained their unbeaten run and made it seven wins out of nine. The young striker assisted Marc Leonard for his side’s first goal in the 66th minute, then got himself on the scoresheet ten minutes later for his eight goal of the season. Roco Rees scored a late own goal to give Villa a lifeline, but it wasn’t to be as the Seagulls keep pace with Fulham and Chelsea at the top of league.

Playing at their new state-of-the-art training ground for the first time, Reading got off to a poor start at their new home with a 2-1 defeat to Southampton. Oliver Pendlebury had given the home side an early lead after volleying in from Alfie Anderson’s corner and it remained 1-0 until the break. From the restart though, Jayden Smith latched onto what looked like a far-post shot from Marco Rus to equalise for the Saints. Then in the last minute, a cross from substitute Rio Glean was deflected into the path of Rus, who made no mistake with the follow-up.