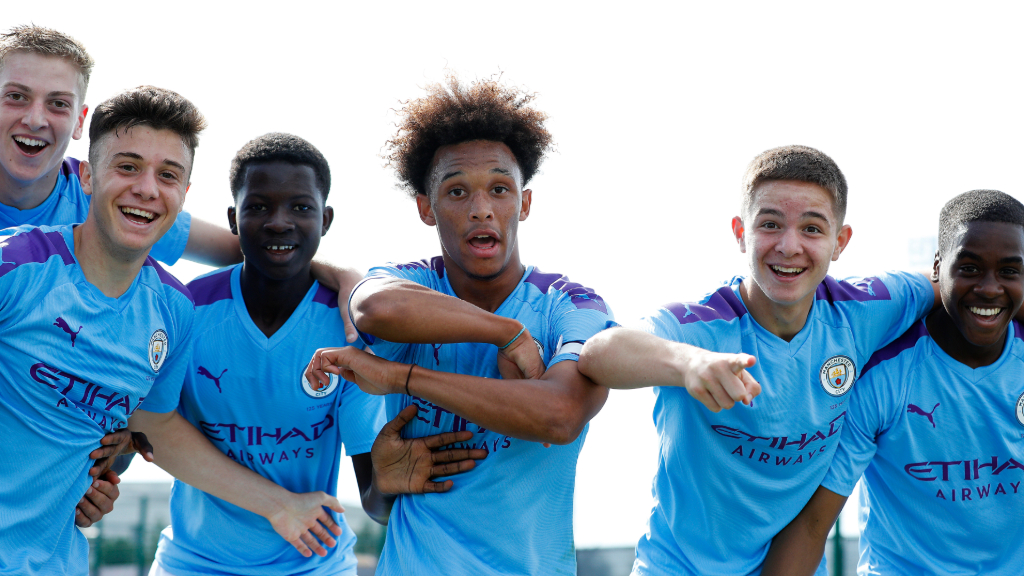 West Ham made it eight league games unbeaten after an empathic win over Arsenal on Saturday, with a stand-out performance from striker Ademipo Odubeko keeping his side just two points off Premier League South leaders Chelsea.

The Hammers took the lead just before the half hour mark after winger Jayden Fevrier’s cross from the right was put in by Sebastian Nebyla for his tenth goal of the season. Arsenal then rallied back to equalise after they were awarded a penalty and Alfie Matthews made no mistake from the spot. West Ham then got a penalty of their own soon after, but Odubeko saw his spot-kick saved by Graczyk.

Having already laid on a goal for his side in the first half, 16-year-old Fevrier – another strong performer on the day – then added a second assist to his tally when he swung in a corner that was turned in by Kamarai Simon-Swyer. Odubeko then got the better of the Arsenal stopper who had thwarted him from the spot, making up for his penalty miss after a mix-up in the Arsenal defence saw him come out on top in a one-on-one with Hubert Graczyk.

Less than ten minutes later the striker – signed from Manchester United back in October – scored his sixth goal in only his fifth league game, capitalising on yet another defensive error from the Gunners. The 17-year-old picked up the ball on the halfway line, dodged past two Arsenal challenges and curled in a wonderful effort from the edge of the box to make it 4-1.

In the dying moments things got worse for Arsenal when Zane Monlouis’ own goal gave West Ham their fifth of the game, meaning they are now the league’s second-highest scorers behind Fulham.

A player who did manage to grab a hat-trick during the weekend’s fixtures was Stoke City’s Tom Sparrow, who somehow hadn’t scored a goal in his previous 11 league games but helped the Potters to dish out another thrashing, having beaten Norwich 8-0 the previous week.

In-form striker Andre Godfrinne got the home side off to a good start after just six minutes, netting his ninth goal in ten league games, and it was 2-0 half an hour later when Lewis Macari also got himself on the scoresheet. Sparrow then got his first of the match shortly before half time to make it 3-0 as the two sides went in for the interval. The midfielder completed his hat-trick in the space of two second-half minutes which means Stoke have now scored 12 goals in their last three games, placing them fourth in the Premier League North.

Adrion Pajaziti put on a wonderful all-round display to help his side win away at Reading, helping them maintain their title push in a hotly contested race for the Premier League South crown.

The midfielder couldn’t believe his luck when, in the 13th minute, a ball in from the right landed very fortunately at his feet. The 17-year-old was unmarked in the middle of the area and made no mistake by side-footing a first time shot into the top corner. Just over ten minutes later however, Fulham’s fortunes were to change when a dangerous Reading cross was headed rather comically into their own net by defender Idris Odutayo.

The game stayed level until shortly after the restart when highly rated 15-year-old Michael Olakigbe – having only recently made the step up from the U16s – curled in a brilliant strike from 25 yards out to regain the Cottagers’ lead. Moments later, Pajaziti whipped in a great free kick from the left hand-side, picking out centre-half Ibane Bowat at the near post, who finished well to put further daylight between the two teams. Then, in the 83rd minute Pajaziti found himself over another set piece, this time he fired in a wicked corner that the Reading goalkeeper came for but misjudged, allowing the ball to fly right into the far post, leaving him with two goals and an assist for the day.

It was another routine win for Manchester City 18s on Saturday as they romped to a 6-2 win, with good performances from several players, but especially Samuel Edozie and Liam Delap. Edozie opened the scoring inside four minutes after slotting home captain Cole Palmer’s pass and it stayed 1-0 for the remainder of the half.

In the 57th minute, City got a free kick 20 yards from goal and when Lewis Fiorini stepped up to claim the set piece, he made no mistake by curling a wonderful effort in off the underside of the crossbar to make it 2-0. Middlesbrough almost gave themselves a way back into the game soon after when a corner deflected off City player Luke Mbete, but there was an onslaught on the way for Boro.

The first of City’s four goals in the last 20 minutes of the game came after some smart interplay between Oscar Bobb and Delap, with the Norwegian putting the finishing touch to their impressive interchange. One minute later and the ever-present forward James McAtee finished from the tightest of angles to get his ninth goal in 15 league games.

Delap then got himself amongst the goals after his earlier assist for Bobb, putting in the rebound from Palmer’s effort before setting up Edozie in the dying embers. Boro had earlier made the score slightly more respectable through Callum Cavanagh but it finished 6-2 the home side.

U18 Premier League Cup – Quarter Final Round Up
Dobbin and Cannon Help Themselves to Hattricks in Thrashing of Sunderland
We use cookies on our website to give you the most relevant experience by remembering your preferences and repeat visits. By clicking “Accept All”, you consent to the use of ALL the cookies. However, you may visit "Cookie Settings" to provide a controlled consent.
Cookie SettingsAccept All
Manage consent