Dobbin and Cannon Help Themselves to Hattricks in Thrashing of Sunderland 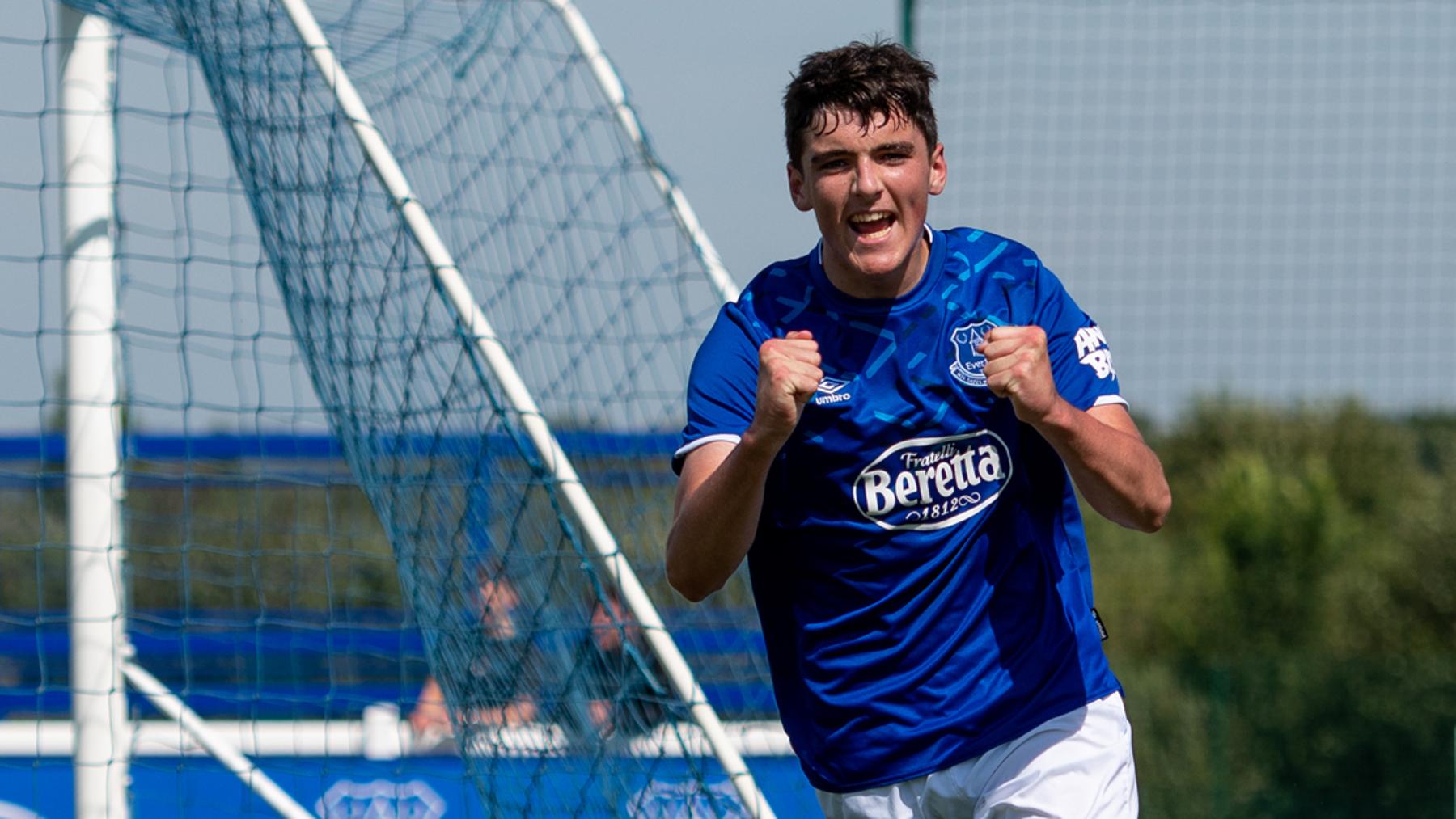 After scoring four goals against Sunderland in the reverse fixture earlier in the season, striker Tom Cannon must have fancied himself to add to his already impressive season totals and he did just that on Saturday, bagging a hat-trick to make it 15 goals in just 14 league games. Strike partner Lewis Dobbin also got in on the act with a hat-trick of his own to put struggling Sunderland to the sword in a 7-2 rout.

Sean McAllister opened the scoring for Everton with a great strike from the edge of the area, before Cole Kiernan brought the home side level with a lovely dink over Toffees’ goalkeeper Zan-Luk Leban. Dobbin then got his first of the game on 40 minutes, cutting inside from the left to fire across goal emphatically. It was 3-1 soon after when, after a great through ball from U16 player Katia Kouyate, Cannon also bagged his first with an assured finish to give Everton the lead at half time.

After the interval Sunderland managed to give themselves a chance at getting back into the game when McKenzie Diciccio tapped in from close range, but shortly after Dobbin completed his hat-trick within the space of two minutes, putting the game out of sight by finishing expertly from both efforts, his ninth and tenth goals in the league so far.

It was then the turn of his Irish team-mate to do the same, though he did not manage to do it in quite as little time as Dobbin. Cannon’s first came shortly after the hour mark when he was in a great position to convert a rebound and he grabbed his hat-trick in the 86th minute after a brilliant counter attack saw him unselfishly set up by Dobbin, who may have had a go at scoring his fourth of the game.

U18 Premier League Top Performers (Week 19)
Stansfield Marks Return with Brace Against Saints
We use cookies on our website to give you the most relevant experience by remembering your preferences and repeat visits. By clicking “Accept All”, you consent to the use of ALL the cookies. However, you may visit "Cookie Settings" to provide a controlled consent.
Cookie SettingsAccept All
Manage consent