Following a well reported return to the Midlands after a six-month stint in the Catalan capital, 16-year-old Louie Barry registered his first goals for Aston Villa in an entertaining 3-3 draw at home to Norwich. 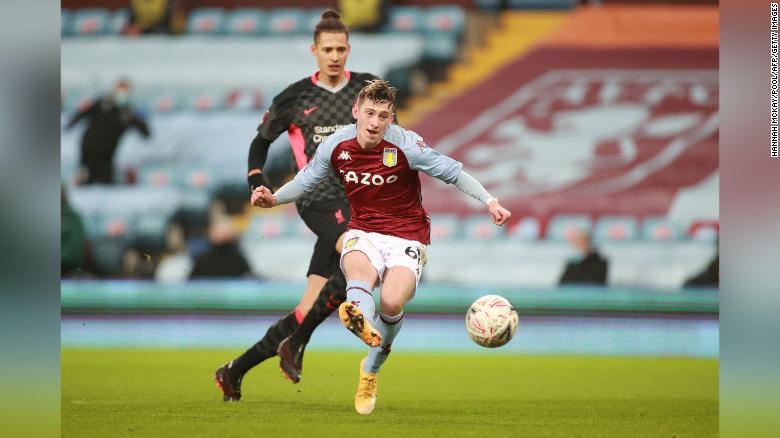 DJ Campton-Sturridge struck first for Villa after barely five minutes had been played, finding himself in acres of space inside the Norwich area to convert from close range, but the lead did not last long and the Canaries equalised shortly after through Jon Rowe. Abu Kamara then put the away side 2-1 up, before Barry – in his first game for the U18s since his reported £880,000 move – drew his side level on 25 minutes. Team-mate Tristan Abldeen-Goodridge drove into the area and squared for the former-Barcelona youngster, who made no mistake by thundering the ball home.

The scores remained level until the final ten minutes of the match and it was Norwich who finally retook the lead after Tyrese Omotoye was brought down in the penalty area. Thomas Dickson-Peters then stepped up to convert the spot kick with 83 minutes on the clock, but unfortunately for Norwich, Barry had other ideas and finished well after driving into the area unchallenged, earning his side a share of the spoils with two minutes left to play.

Stansfield Marks Return with Brace Against Saints
Manchester United U-18 claim their 11th Youth Cup title under record crowd
We use cookies on our website to give you the most relevant experience by remembering your preferences and repeat visits. By clicking “Accept All”, you consent to the use of ALL the cookies. However, you may visit "Cookie Settings" to provide a controlled consent.
Cookie SettingsAccept All
Manage consent