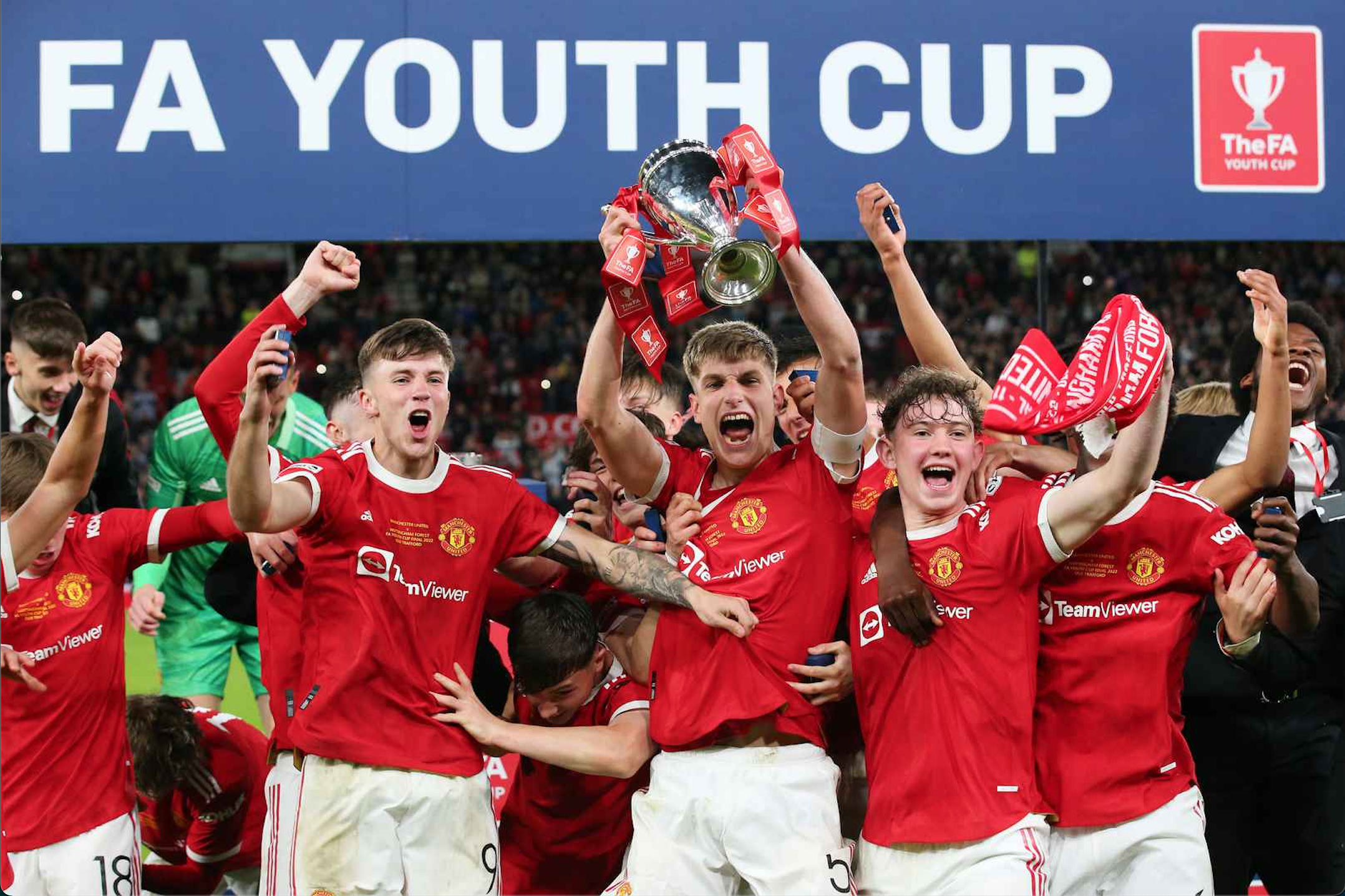 Manchester United have been crowned the 2022 FA Youth Cup champions after a 3-1 win over Nottingham Forest.

Alejandro Garnacho led his team to the promised land, delivering two late goals in the final 13 minutes. Rhys Bennett set the pace with an early goal to give the young devils a confidence boost in front of the record-breaking 67492 fans.

Nottingham Forest were not fazed by the early goal as Justin Hank’s header just misses the crossbar for the potential equaliser.

Isak Hansen had the midfield under control, showed great energy and quality fundamentals with the ball keeping it simple and effective. The Norwegian who has been with Manchester United since 2020 had the urge to drive the ball forward causing havoc for the Nottingham Forest defenders.

Kobbie Mainoo was an active contributor throughout the game setting up Garnacho right on the money, only to just curl just wide of the target.

Radek Vitek’s howler caused a Joshua Powell equaliser just before the half to go 1-1 at the break.

The second half kicked off with pace from Dale Taylor in the box assiting Kyle McAdam with opportunity to be denied by Vitek’s top shot stopping skills. Moments later United won a free kick applying more pressure to the visitors.

Esapa Osong came with a scoring opportunity but was also denied by Vitek. He also put a stop to another Forest cross who were full steam ahead in the second half.

The opportunity for Manchester United to take the lead came with the controversial penalty awarded from Zach Abbott’s tackle which the video later showed being outside the box. Garnacho stepped up with confidence and delivered from 12 yards away celebrating with Ronaldo inspired suiii.

The 17-year-old Argentian wasn’t finished with the scoring. His second goal came from breezing down the left wing to then slowing down to show off some footwork before finishing with the left to seal the win.

Louie Barry off the Mark for Villa after January Move from Barcelona
West Bromwich U-23s win Premier League Cup
We use cookies on our website to give you the most relevant experience by remembering your preferences and repeat visits. By clicking “Accept All”, you consent to the use of ALL the cookies. However, you may visit "Cookie Settings" to provide a controlled consent.
Cookie SettingsAccept All
Manage consent