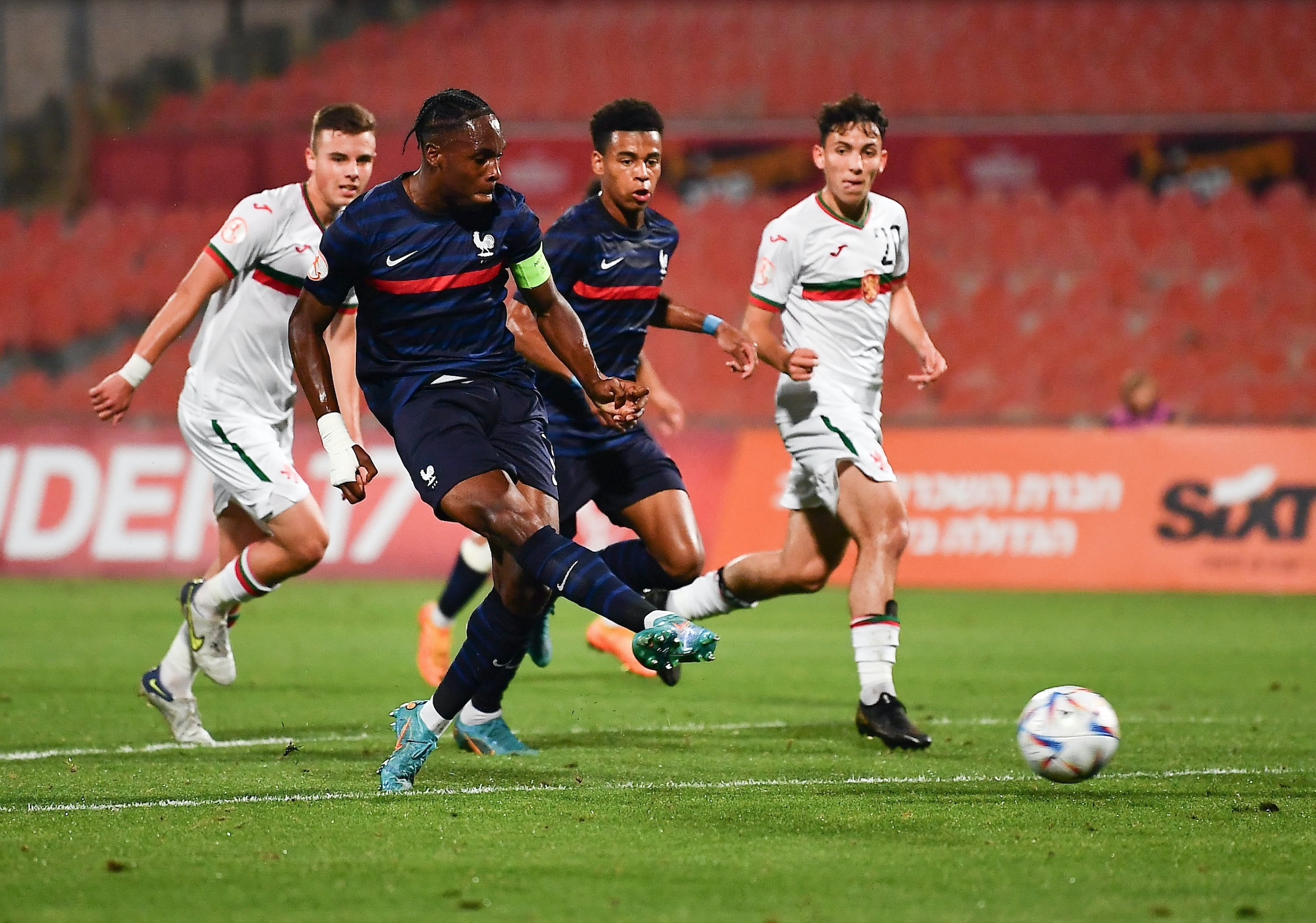 Matchday 2 of the U17 euros had another 8 matches played over a two day period which was filled with action.

Germany cruised by Luxembourg maintaining their top position in Group A. Nelson Weiper from Mainz 05 put Germany in the lead early (7th), Captain Laurin Ulrich (27th) increased to 2:0 before the break. In the second half, the substituted Arijon Ibrahimovic from FC Bayern Munich (70th) ensured the 3:0 final score.

Italy is still in a fighting position to secure a spot in their next round after their 1-0 victory over the hosts. Few changes for Italy in their lineup. Mattia Malaspina replaced Filippo Saiani in the left back position and Vincenzo Onofrietti play at midfield in place of Luca Di Maggio. The winning goal would come in the 74th minute when Fabio Parravicini makes a move down the right-wing to find Kevin Bruno with a quick touch for Francesco Pio Esposito to tap in. Israel came very close to levelling the score when Karem Zoabi’s header was matched with the elite shot-stopping skill of Federico Magro.

Netherlands remain undefeated in group B. With a goaless first half on both sides Netherland will be awarded a penalty in the 51st minute to be taken by Dean Huijsen in a text book manner to make it 1-0. Poland’s equaliser would come when Zaglebie Lubin’s Kacper Masiak finds Tomasso Guercio for the beautiful one touch volley to the top left bins.

Netherlands winning goal was the show stopper that came in injury time instigated Mike Kleijn’s high pressure defence that forced the turnover leading to a full on counter attack where Kleijn finds a breezing Yoram Lorenzo Ismaël down the middle who takes one touch before putting past the keeper and sliding Polish defender.

France continued their domination and booked their spot in the next round after their blowout win against Bulgaria. Mathys Tel kept up with his top form by registering a brace in the first half. It was Ayman Aiki and Warren Zaire-Emery that sealed the deal for France with a goal each.

Serbia was coming into this game trying to secure the runner up position while Turkey was looking to secure their first points. It was Serbia that got the opening goal in the 17th minute with Jovan Šljivić due to a poor clearance from the turkey side that got intercepted to find Šljivić. Turkeys equaliser comes from Diren Dağdeviren getting deep into the 18 yard box to find Can Uzun for the tap in. Milošević gets the winning goal in the counter-attack, dribbling past Mert bayram to find the back of the net. Selim Sönmez gets shockingly close to chaning the game around when he strikes from outside the box only to hit the crossbar that could be heard echoing in the stadium.

Both teams were looking to grab their first points of the tournament. But this was Denmark’s game, as they had a very solid performance to take all three points. Hansborg-Sørensen was causing havoc for the Scotts displaying excellent front running.

It was Alexander Simmelhack that picked up the scoring for Denmark who headed a deflection from an already good save made by Jacob Pazikas, but not much more could be made for Simmelhack’s effort.

Things started to look better for Scotland when Rory Wilson got their equaliser, but that changed very quickly due to Magnus Mackenzie’s own goal. The young Danes capitalised on this and closed out the game with a goal from Markus Jensen.

Spain have booked their spot in the next round after their intense battle with Belgium. It took only 12 minutes for the goals to start coming in. Javier Boñar performed a brilliant header courtesy of his teammate Dani Rodriguez. He would display more of his playmaking abilities tallying another assist when he sets up Iker Bravo inside the 18-yard box.

Belgium’s next round hopes aren’t completely dead, they just need to pray to the football gods for the other games to work in their favour.

It was an actioned packed 6 goal thriller in Lod Municipal. Portugal maintain their undefeated record and booked a place in the next round. Whilst Sweden was handed their first loss of the tournament.

Jardell Kanga opened up scoring for Sweden in the 7th minute which was cancelled out by Rodrigo Ribeiro. A brace from João Veloso and another goal from Afonso Moreira looked like the game was put to sleep, but a beautiful volley from Leonardo De Oliveira in the 80th minute gave the young Swedish side a boost of energy to try and pull off a comeback which ultimately didn’t come.

2022 UEFA U17 European Championships kicks off
Manchester City U18s win U18 Premier League National Title
We use cookies on our website to give you the most relevant experience by remembering your preferences and repeat visits. By clicking “Accept All”, you consent to the use of ALL the cookies. However, you may visit "Cookie Settings" to provide a controlled consent.
Cookie SettingsAccept All
Manage consent