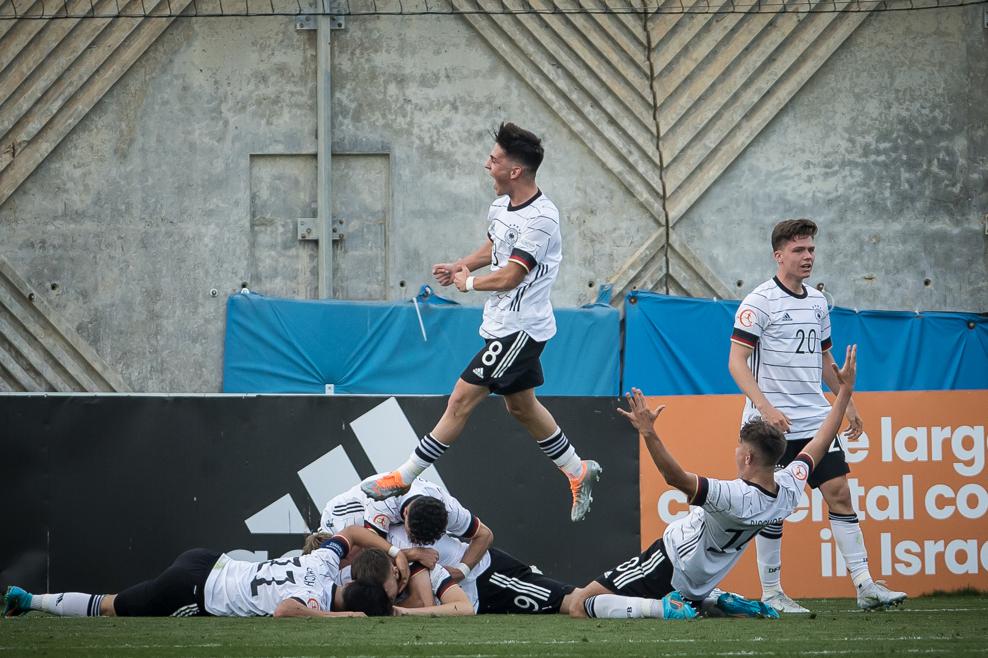 Matchday 3 was another action packed couple of days in Israel. Denmark and Portugal secure their spots in the knockout stage.

Both teams came into this match with an undefeated record and France gets the scoring in early to keep the pressure on. The goal came in the 7th minute thanks to intense pressure from Ayman Aiki causing the Netherlands to lose the ball to then breeze down the left flank to find Junior Ndiaye who sets up Zoumana Diallo for the tap in. Aiki was back in again on the action nearly making 2-0 with a superb strike with the left slapping the crossbar.

Netherlands equaliser came late in the second half when they were awarded a penalty. Dean Huijsen stepped up and scored to make the game tied. It would take only five minutes for the Netherlands to score again thanks to Antoni Milambo’s effort which I’m sure the French keeper wasn’t pleased about. Yoram Boerhout got the final goal of the game in injury time when he picked up what was left from Jaden Slory terrific strike that deflected off the crossbar.

The young Dutch side will play Group A runners-up and France will play the winners of Group A.

Poland and Bulgaria had suffered losses in their previous matches, so it was a well-levelled matchup. Oliwier Sławiński picked up an early second-half goal for Poland with Stefan Traykov responding with the equaliser in the 83rd minute. Both teams pick up their first points of the group stage.

Germany maintains their undefeated record and books a place in the quarter-finals after their solid 3-0 victory against Israel. All three of Germany’s goals came in the space of 8 minutes in the second half. Nelson Weiper opened up the scoring with a terrific header leaving the keeper no chance. Sidney Raebiger picks up his double in three minutes cementing the Germans as group A winners. The hosts’ tournament run comes to an end.

Italy takes the position as group A runners up after their 1-0 victory over Luxembourg. The young Italian side was awarded a penalty in the first half which was delivered in a dramatic fashion by Luca Di Maggio, hitting the crossbar before finding the back of the net. Italy will face the Netherlands in the quarter-final whilst Luxembourg gracefully bow out of the tournament.

Spain and Serbia share the points to book themselves a spot in the quarterfinals. Spain finished top of group c and Serbia clinched the runners up spot. This point was very important for Serbia as they needed it to stay above Belgium in group c. Goals came in the second half, the first being what can only be described as a bullet strike from David Mella. Serbia was awarded a shot from 12 yards away which was subsequently tucked away by Jovan Milošević.

Belgium bows out of the tournament despite an impressive victory over turkey. They needed Serbia to lose to Spain to secure their position in the next round. With not much happening in the first half, the score was level at the 45th minute. Belgium was given a penalty after a foul on Mika Godts, which Stanis Idumbo-Muzambo took and scored. It quickly became 2-0 when Chemsdine Talbi picked up the scraps from the Turkish’s keeper save. Can Uzun responds with a solid header to keep Turkey in the game making it 2-1, but Chemsdine Talbi responds a minute later with a goal set up beautifully by Godts.

Denmark hands Portugal their first loss of the tournament and establishes themselves as the group D leaders. Denmark took control of the game from kickoff and didn’t let their opponents gain momentum as we have seen in their previous matchups. Despite that Ivan Lima was not going to allow anyone to slow him down when he receives the through ball on the left flank before launching the ball to top left bins celebrating with the ‘ice in my veins’ gesture.

Denmark’s equaliser would come in the second half when Noah Sahsah sets up Noah Nartey in the 18-yard box to shoot it down the middle making it 1-1. Elias Hansborg-Sørensen picks Denmarks second and then a blunder on Portugal’s side causing an own goal that would secure Denmark the win. Portugal through to the next round as runners up.

Sweden’s second win in the tournament was not enough for them to qualify for the quarter-finals. Scotland exited the tournament failing to pick up any points at the group stage. Sweden’s only goal came from Jardell Kanga who shot from 20 yards away putting the ball through the Scottish defenders’ legs.

Manchester City U18s win U18 Premier League National Title
2022 U17 EURO Championship: Quarterfinals
We use cookies on our website to give you the most relevant experience by remembering your preferences and repeat visits. By clicking “Accept All”, you consent to the use of ALL the cookies. However, you may visit "Cookie Settings" to provide a controlled consent.
Cookie SettingsAccept All
Manage consent