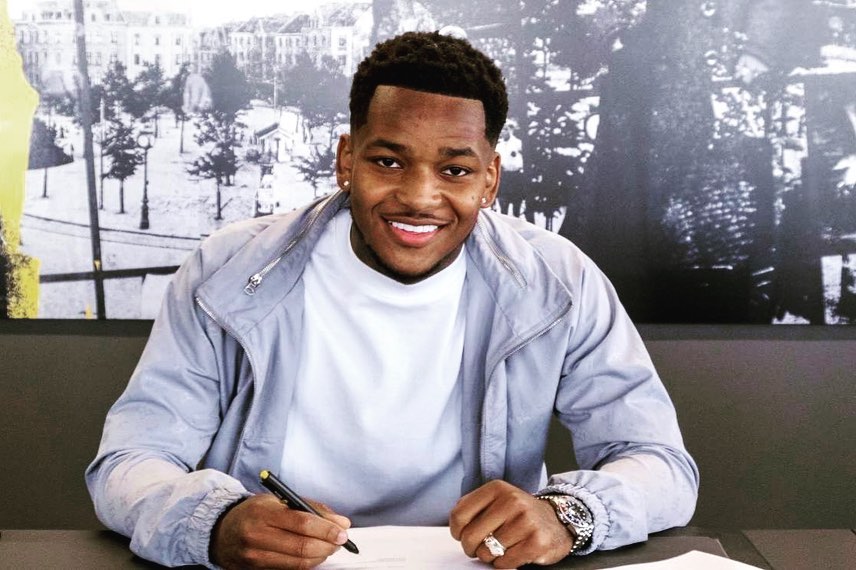 Manchester City’s prospect Jayden Braaf has agreed on a deal for him to go to Borussia Dortmund on a free transfer.

Braaf who has been with Manchester City since 2018 doesn’t leave on the best terms. He believed he deserved more first-team opportunities but Pep Guardiola and his coaching staff didn’t agree. During his three years at City Braaf did receive a few accolades. He won the FA Youth Cup in the 2019/2020 season and scored nine goals for the U23s in only 16 appearances. Braaf was also featured in the 2019 U17 World Cup reaching the semi-final scoring once and tallying two assists.

With the likes of Cole Palmer, James Mcatee and Liam Delap all receiving senior appearances, the young dutch forward also felt that he was deserving of a chance to prove himself at the next level but Guardiola and his team weren’t on the same page. He would be loaned to Udinese to get the first-team experience he was seeking.

During his six month spell at the Serie A side, Braaf made four appearances and scored one goal in his last game. Unfortunately, he was unable to build off that momentum due to a season-ending injury which required surgery.

Jayden Braaf joins Dortmund with one year remaining on his City contract but will make the move on a free transfer due to Braaf’s team and City being unable to come to an agreement. His new deal will keep him at Dortmund till 2025.

There has been a lot of comparison to Jaydon Sancho who also left Manchester City to join Dortmund in 2017 to find more senior football opportunities. That situation turned out well as Sancho has blossomed into a football star. Only time will tell how Braaf’s situation will turn out, but he is betting on himself and wants to prove himself right and city wrong.

U17 Euro Semi-finals end with penalty shootouts
France win the 2022 U17 European Championship
We use cookies on our website to give you the most relevant experience by remembering your preferences and repeat visits. By clicking “Accept All”, you consent to the use of ALL the cookies. However, you may visit "Cookie Settings" to provide a controlled consent.
Cookie SettingsAccept All
Manage consent